Learn a daily protocol of simple yet powerful exercises to repattern balance and optimise your body's energy systems.

"Shifting into Radiance" Learn ways to activate your body's own 'joy generators', the Radiant Circuits. Discover how to test them, how to trace them, and ways to enhance your innate capacity for joy.

Individual Tuition - book a 1:1 appointment to learn EEM tools and techniques and receive an energy balance at the same time.

Even if you are in another part of the world we can still work together, via skype. Email me for further information. Skype has proven great for hypnotherapy sessions, and for teaching EEM skills.

The Scientific Evidence for Reiki and Energy Therapies 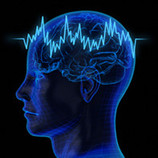 Independent research by Dr Robert Becker and Dr John Zimmerman investigated what happens when people practice energy therapies like Reiki. They found that not only do the brain wave patterns of practitioner and receiver become synchronised in the alpha state - characteristic of deepeer levels of relaxation and meditation - but they also begin to pulse in unison with the earth's magnetic field, known as the Schumann Resonance.

At these times the biomagnetic field of the practitioner's hands was found to be at least 1000 times greater than normal. It appeared that there was a linking of energy fields occurring between the practitioner and the earth, which allows the former to draw upon the universal energy field, via Schumann Resonance.

Pulsing Electromagnetic Field Therapy (PEFT) is now being used to help speed up bone healing with considerable success, and such medical devices are nowadays commonplace in physiotherapy, to aid soft tissue regeneration. The important frequencies for stimulating tissue repair are all in the biologically important extremely low frequency or ELF range. Interestingly, research has shown that the pulses emitted from a practitioner's hands trained in healing energy therapies such as Reiki also emit a similar pulsing fielfd in the ELF range, crucial for stimulating tissue repair.